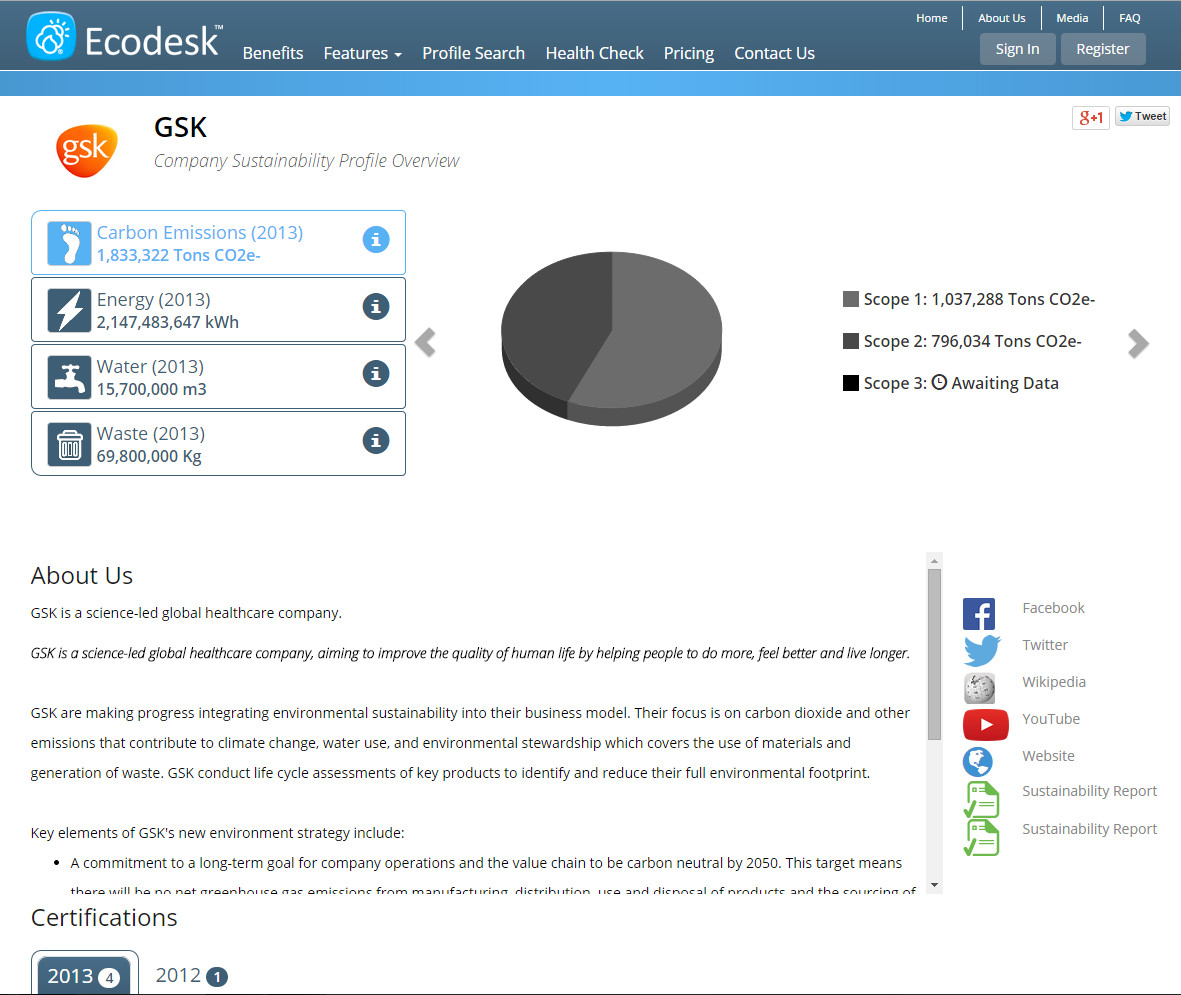 GSK CASE STUDY: Embedding sustainability into the business with Ecodesk

GSK is one of the world’s leading research-based pharmaceutical and healthcare companies, developing and supplying medicines to a global market. The company employs more than 97,000 people in over 100 countries and has an extensive worldwide supply chain. One third … Continue reading →

Released 12th May 2013 Written by The Sunday Telegraph Regulations, peer pressure, political priorities and the availability of data is revolutionising how big and small companies use the supply chain, but for it to work it has to be open. The … Continue reading →

One in five businesses hold no data about their secondary oversight, says FT

Released 8th May 2013 According to the Financial Times, one in five businesses hold no data about their secondary oversight; that is, ‘their suppliers’ suppliers’ – a stat backed up by open data sustainability database Ecodesk that works with companies to … Continue reading →

G8 is fast approaching … is your business ready?

Released 8th May 2013 This year the UK assumes the one-year Presidency of the G8, with the Leaders’ Summit taking place 17-18 June. Prime Minister David Cameron’s priority during the G8 Presidency will be the global economy. He will use … Continue reading →

Nick Murry: Report or be damned – why the industry is opening up to carbon

Released March 27 2013 Written by packagingnews.co.uk Packaging companies across Europe are responding to customer demands for energy use and carbon emissions disclosure but is this more trouble than it’s worth or a valuable exercise in supply chain transparency, asks Ecodesk’s … Continue reading →

27 March 2013 Written by Anna Reynolds for supplymanagement.com Companies including GlaxoSmithKline, MITIE and Eurostar have joined an initiative to increase transparency in their supply chain to reduce energy and cut costs. The organisations are encouraging their suppliers to enter data on their carbon emissions, water … Continue reading →

Released : 20th March 2013 Written by Conor McGlone for edie.net Leading international businesses including GlaxoSmithKline and MITIE have joined a campaign to encourage companies to measure and report sustainability in their supply chains. Open-data sustainability platform Ecodesk, who is leading … Continue reading →

Can energy and carbon reporting rules affect the way companies do business?